I have been happily working in my studio for the last couple months, weaving for various projects while teaching Beginning Weaving to a great bunch of soon-to-be-fanatics. The parameters of the projects have pushed me into using some fibers and structures that I haven’t often worked with – exciting! and rife with pitfalls, errors and do-overs.  One project was successful in structure /yarn combo, but wrong for the color story and had to be rewoven using a different palette. 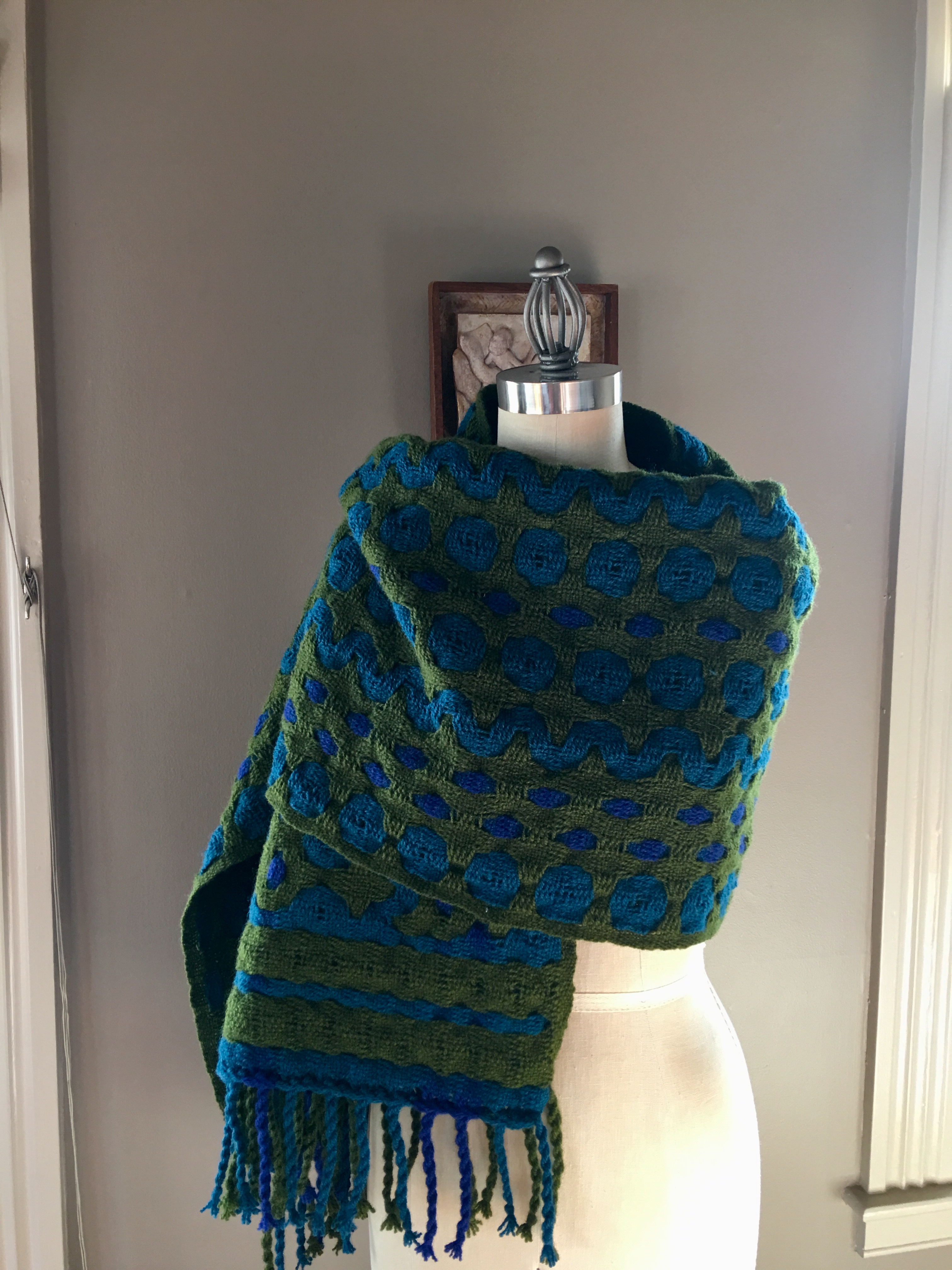 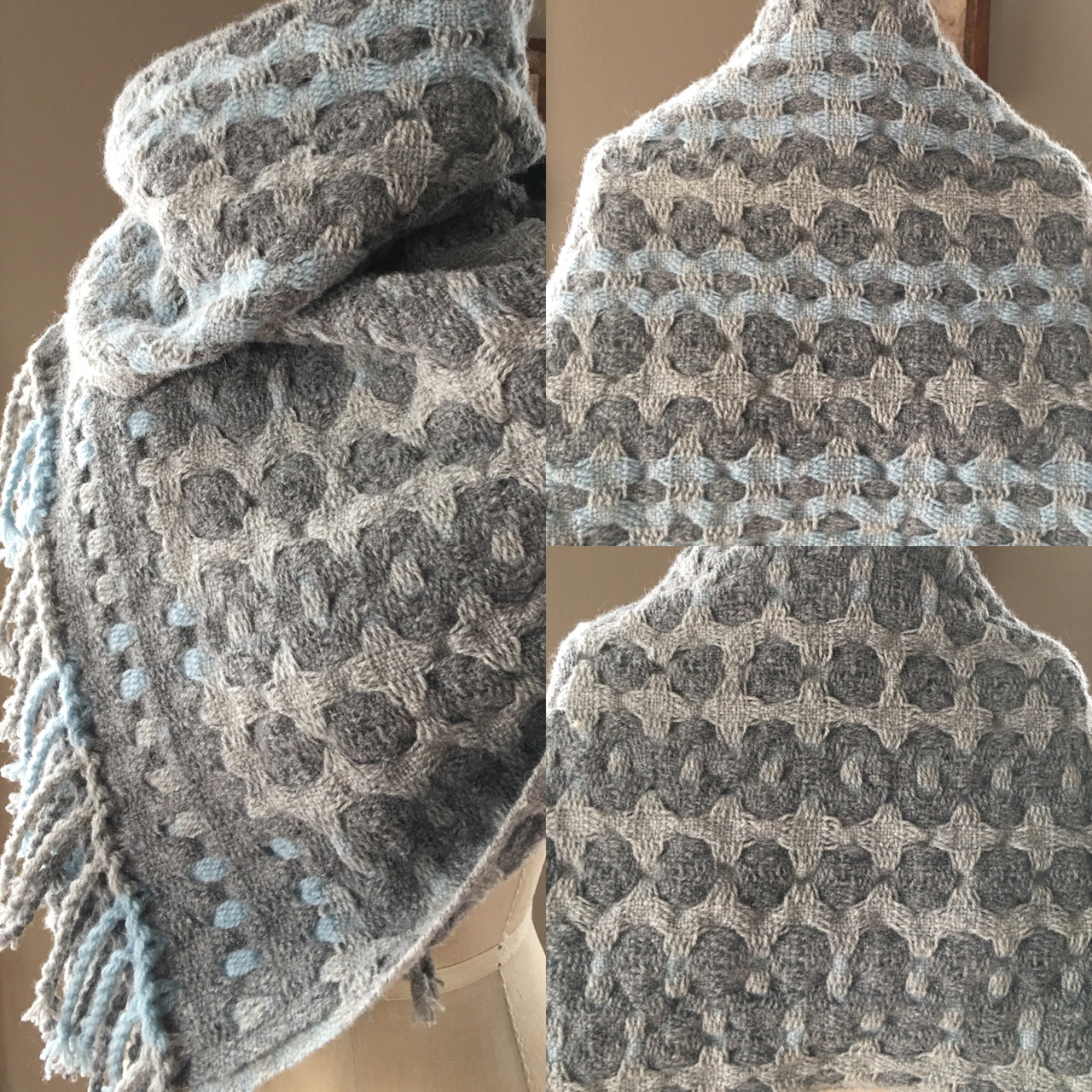 One was a familiar structure but a new singles knitting yarn that threw fits at the sett I wanted to use and had to be cut off and re-sleyed resulting in a pair of large (and expensive) sett samples. 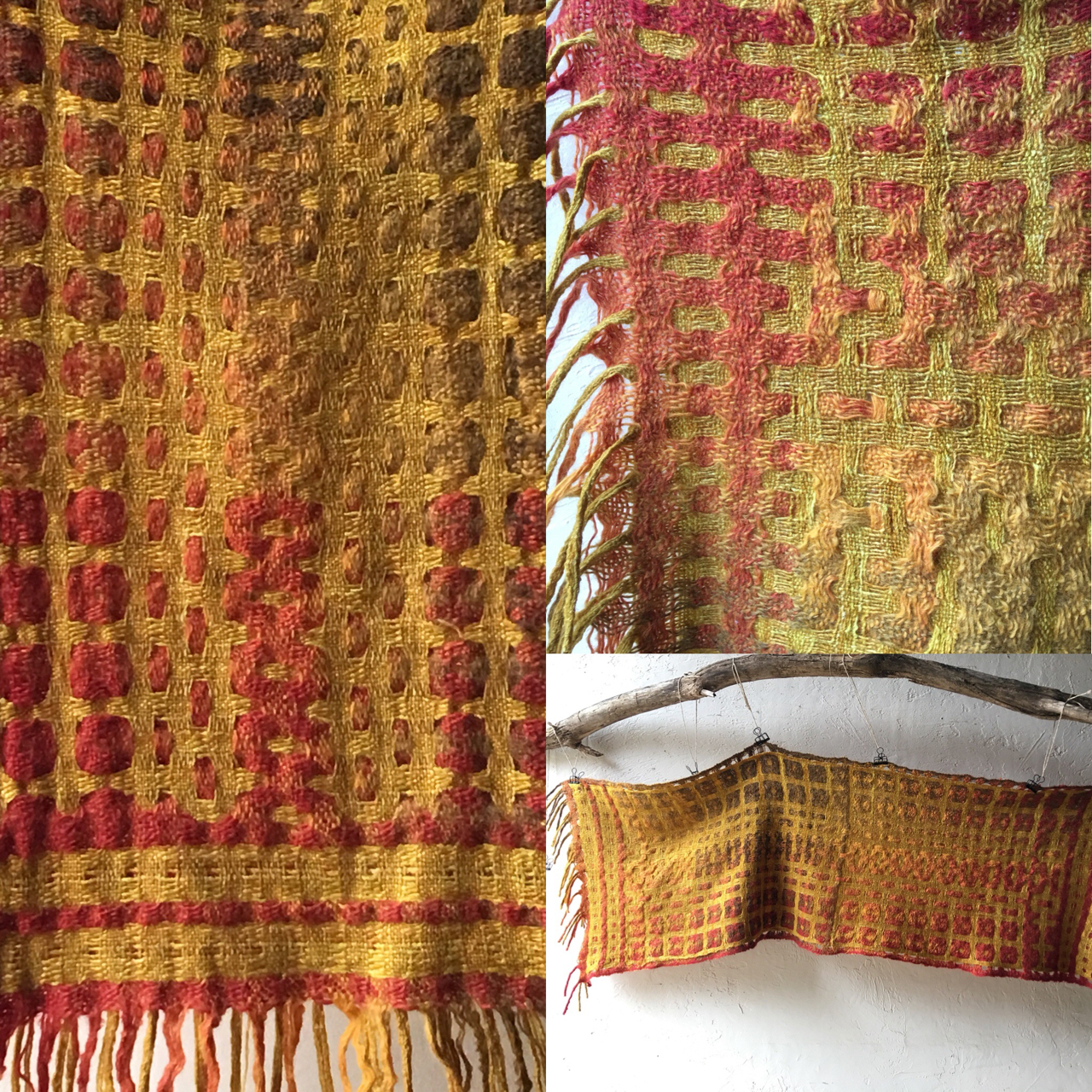 One was a wonderful structure/fiber combo that had a weirdly unfortunate color clash resulting in a color that seems to be the color I get when I am thinking of a serene de-saturated pink, and that my husband has taken to calling “ace bandage”. 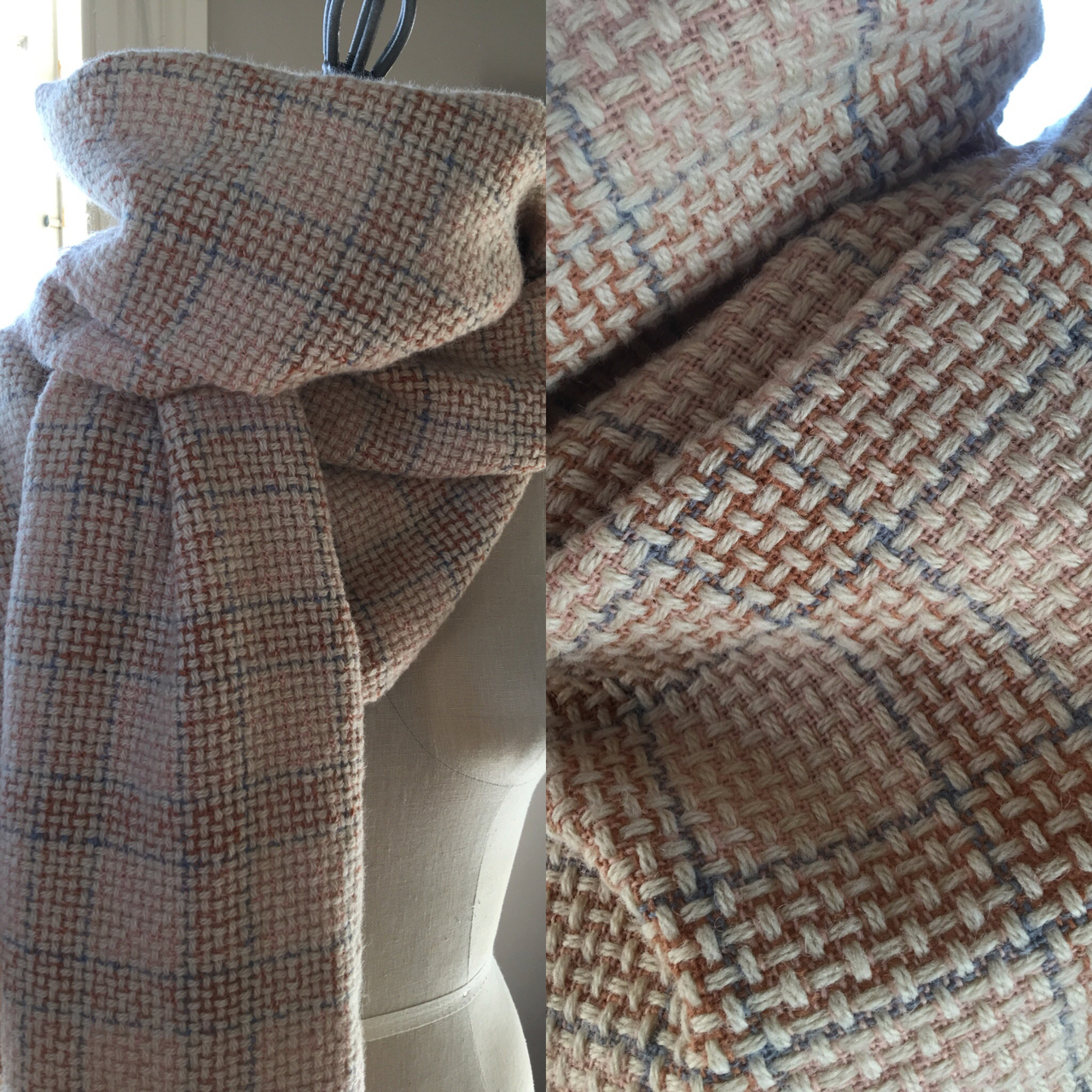 And one that I am excited about but that I cannot control my beat on . . . may be a sett issue.  It is a kind of windowpane design except that all my “panes” are turning out to be slightly different sizes . . . 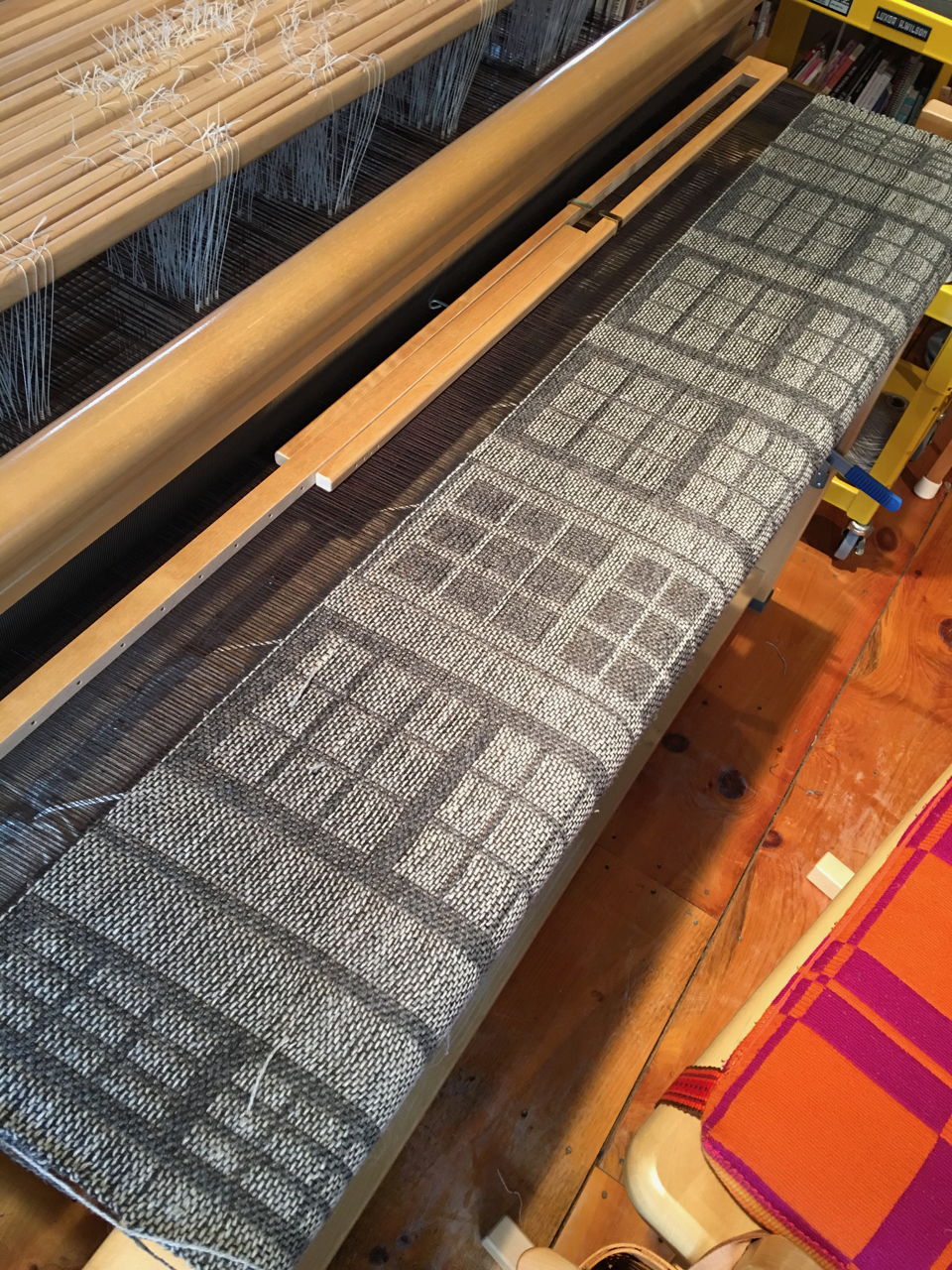 And finally, one (third iteration on the loom now😩) that I really liked, but caused me some float worry, and selvedge dissatisfaction. 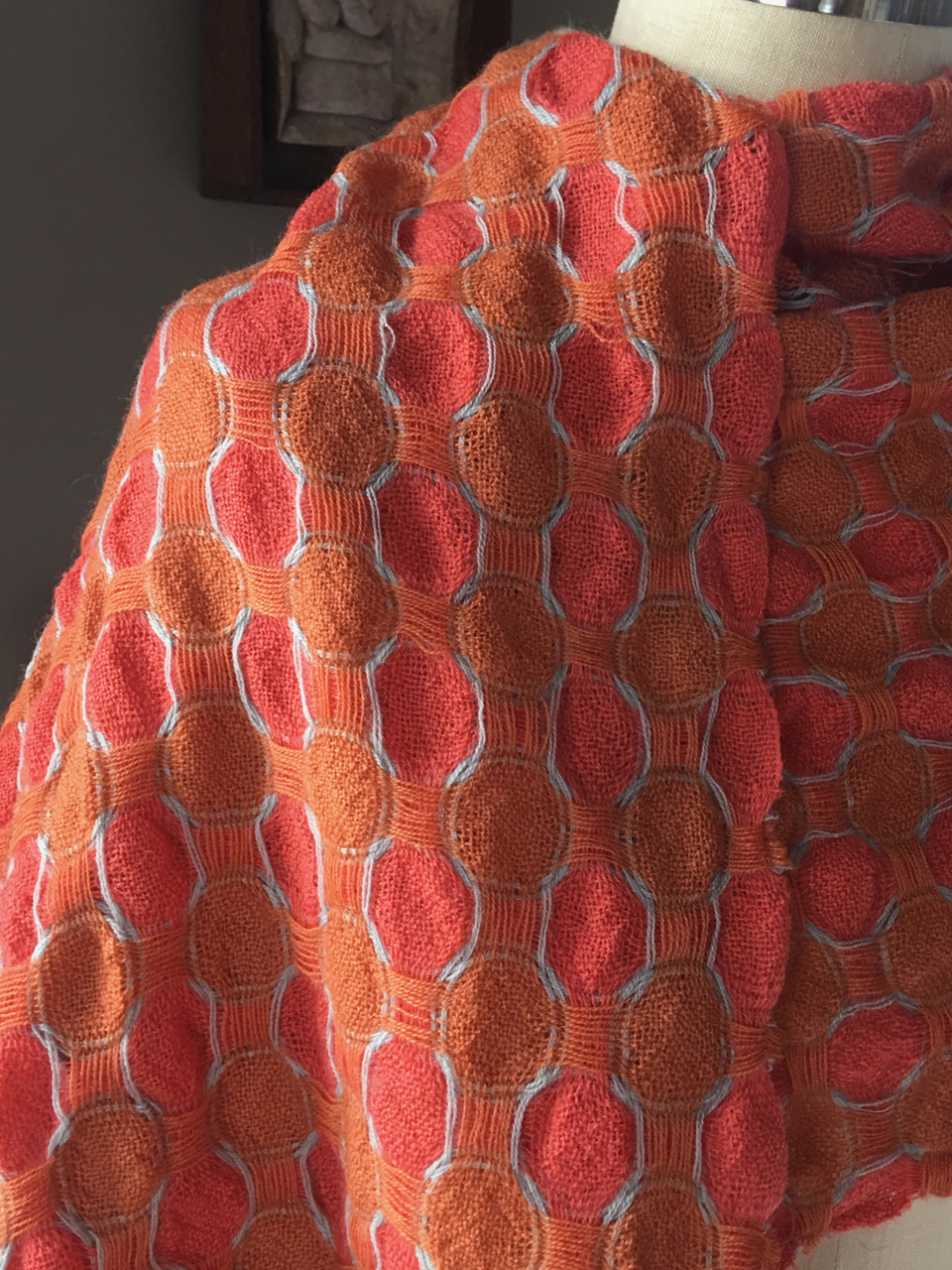 I substituted a wool for the blue outlines that I believed would full a little more, and I eliminated the floating selvedges.  I happily wove away on the second try, liking the selvedges much more 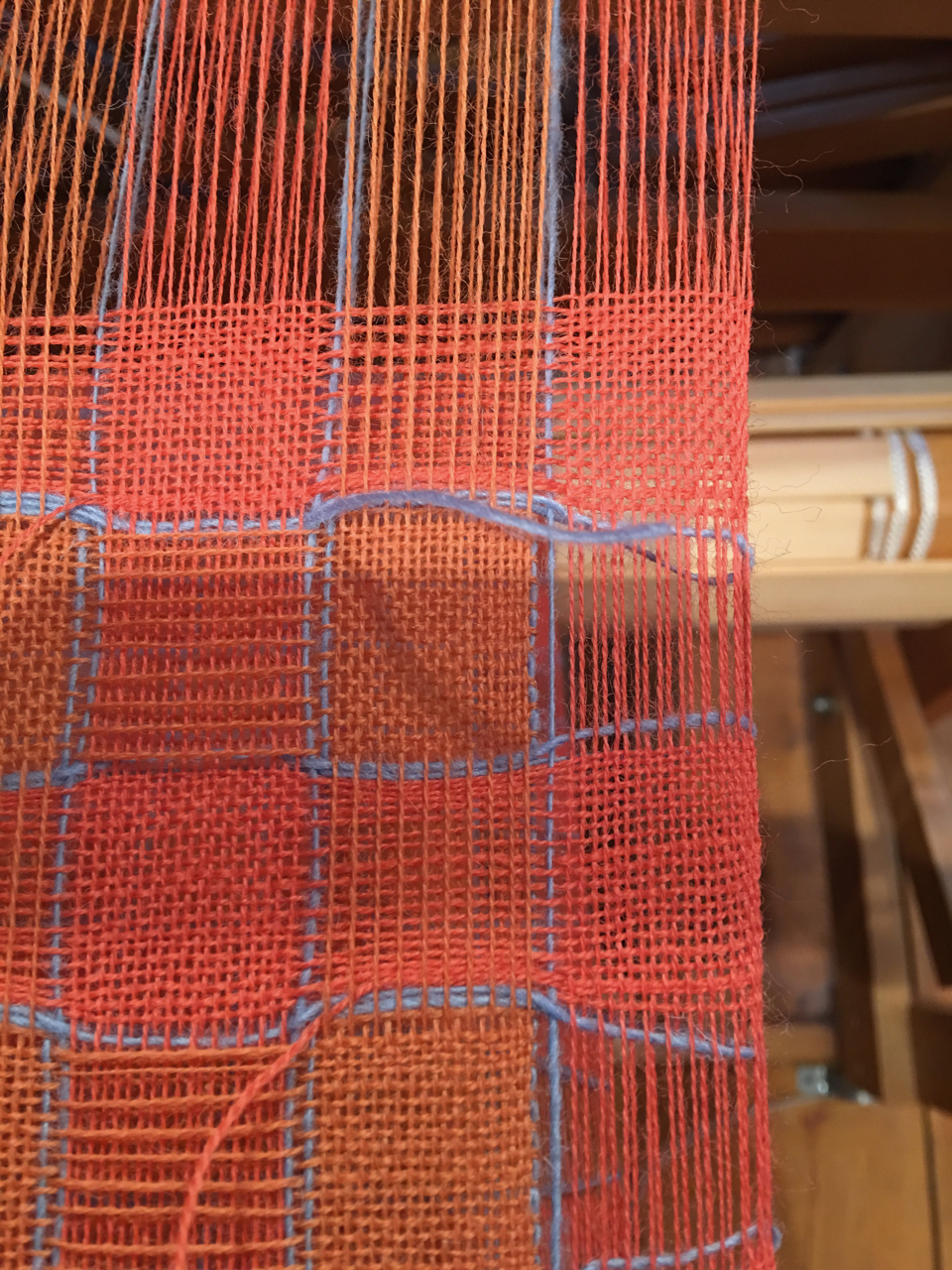 and thinking that the outline floats were stabler . . . . 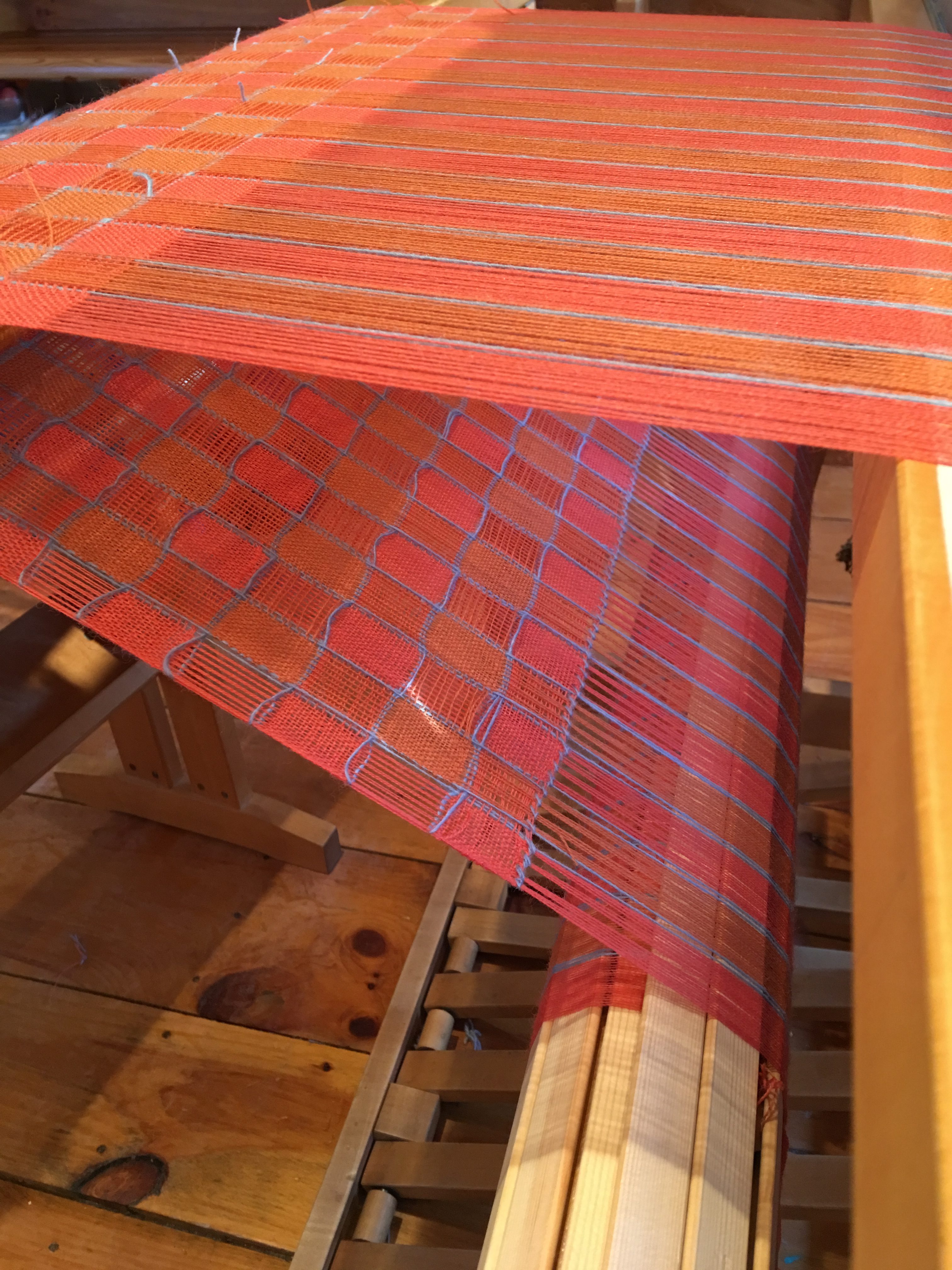 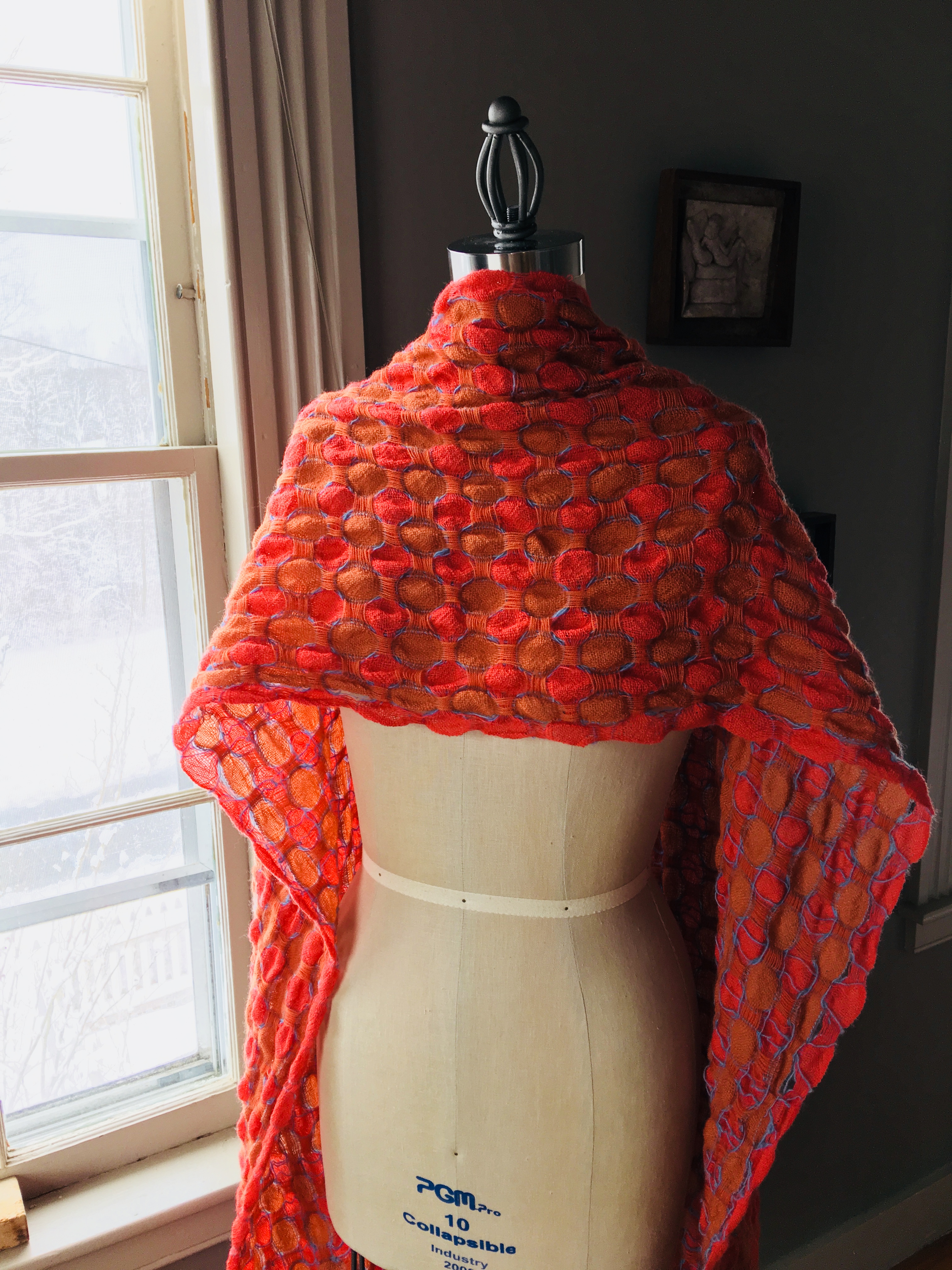 Until I took it off the loom and looked at the back: 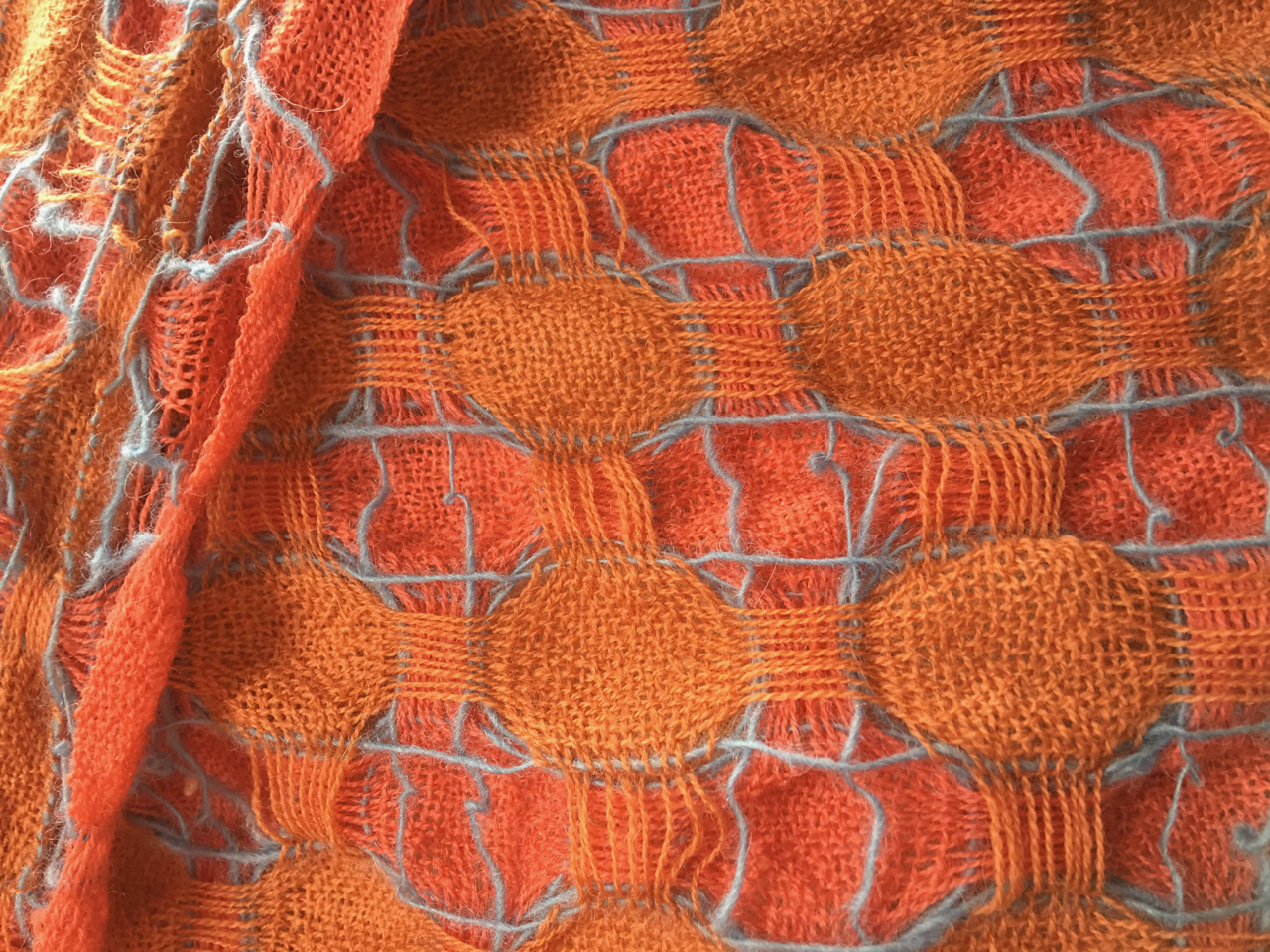 What the . . . ?  I was so focussed on the selvedge/yarn choice fixes that I mis-treadled the whole flipping shawl! Sigh –  number three is on the loom now, and I am trying and crying again! 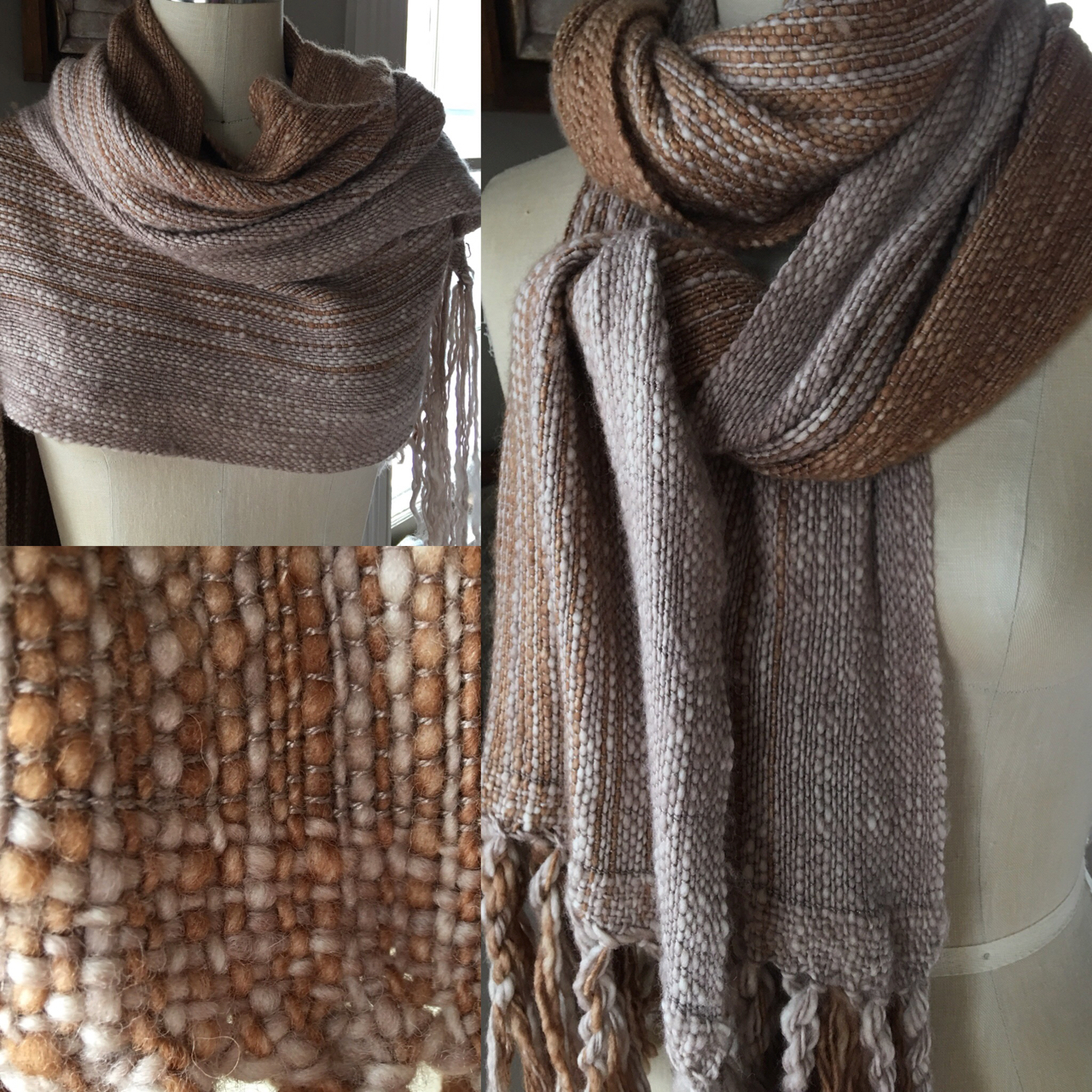 Despite the struggles on my multi-shaft looms, I got some balmy projects off the rigid heddle loom.  Using some fab knitting yarns in the warp and very fine weft, I wove a couple of drapey, soft, easy-to-weave projects that served to keep me from loomy despair. 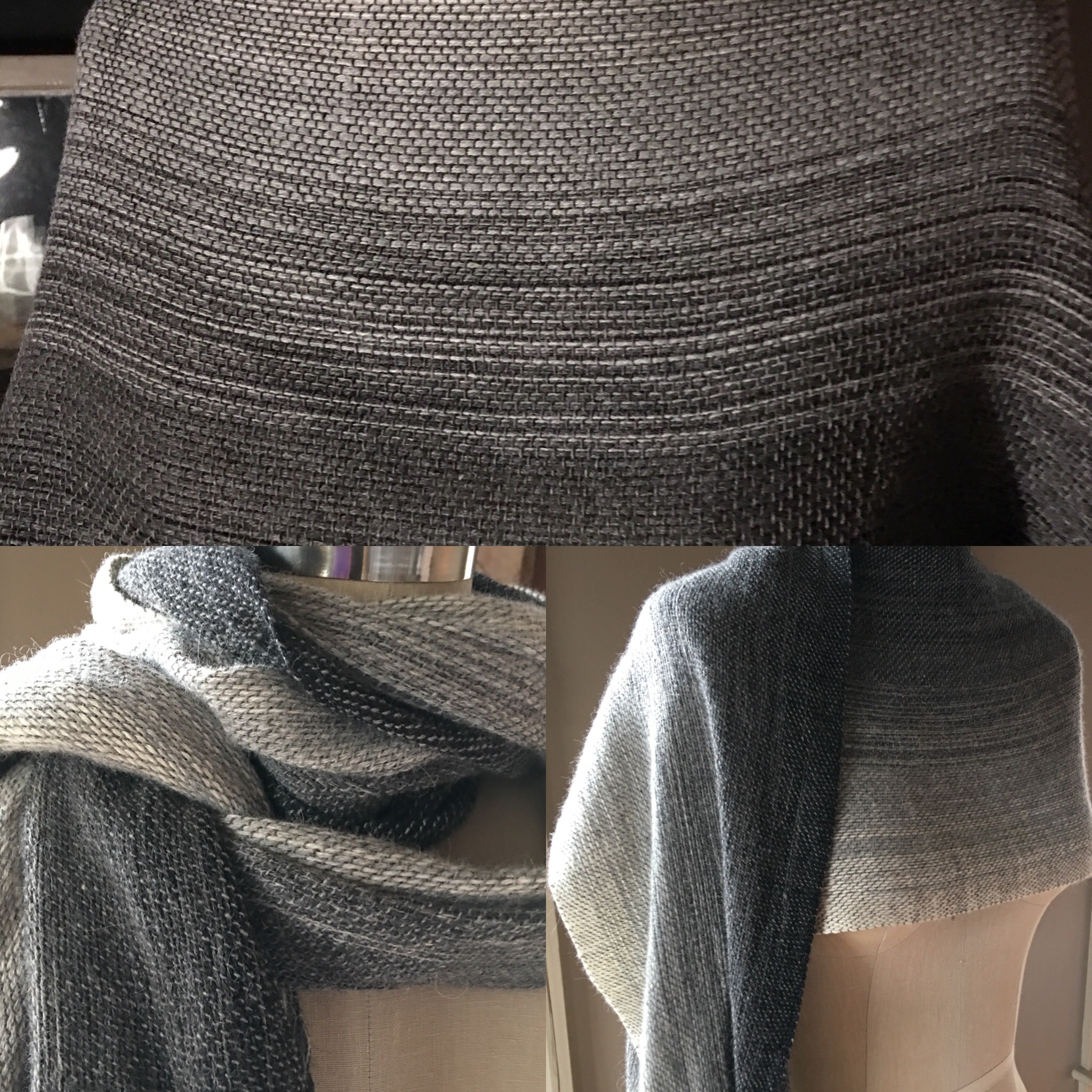 10 thoughts on “If At First You Don’t Succeed, Cry, Cry Again”