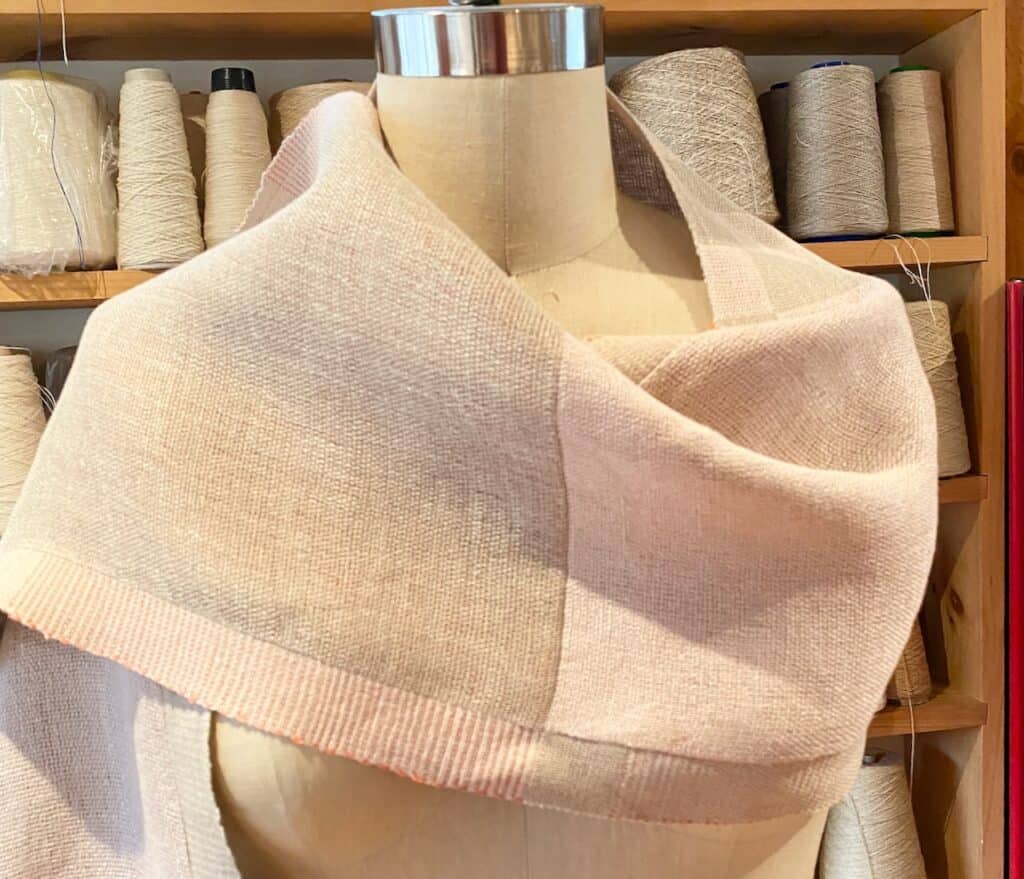 Hello Weavers, I decided to write a post about linen after overhearing a group of weavers admiring a set of linen napkins, but agreeing with each other that linen is too scary to work with. Iq want to firmly respond “au contraire”! I think that the chatter among weavers about the difficulty and fussiness of linen is often misunderstood, and that if you learn to love linen, it will truly love you back. SO, some true facts about linen or Flax Facts (thank you Wikipedia): 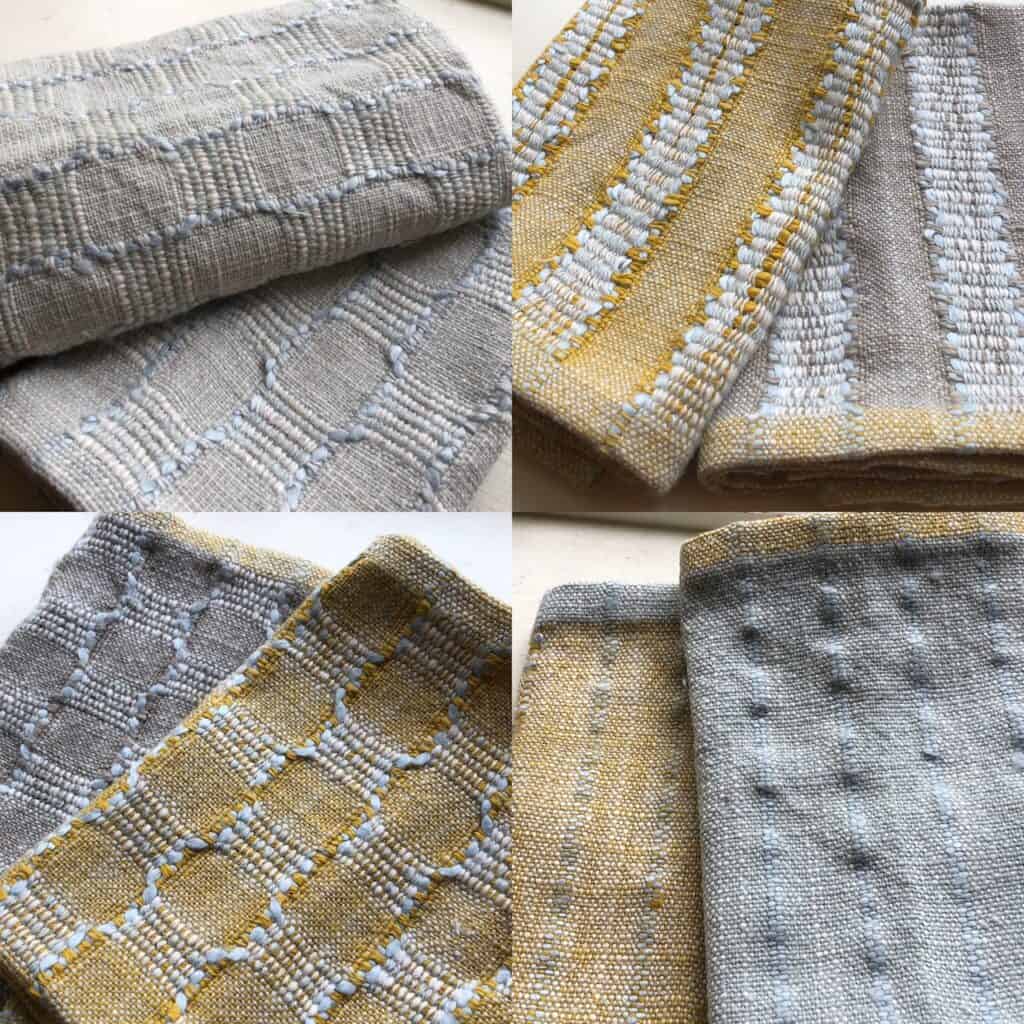 There are also some untrue facts (or arguable facts) about linen that we need to think about: 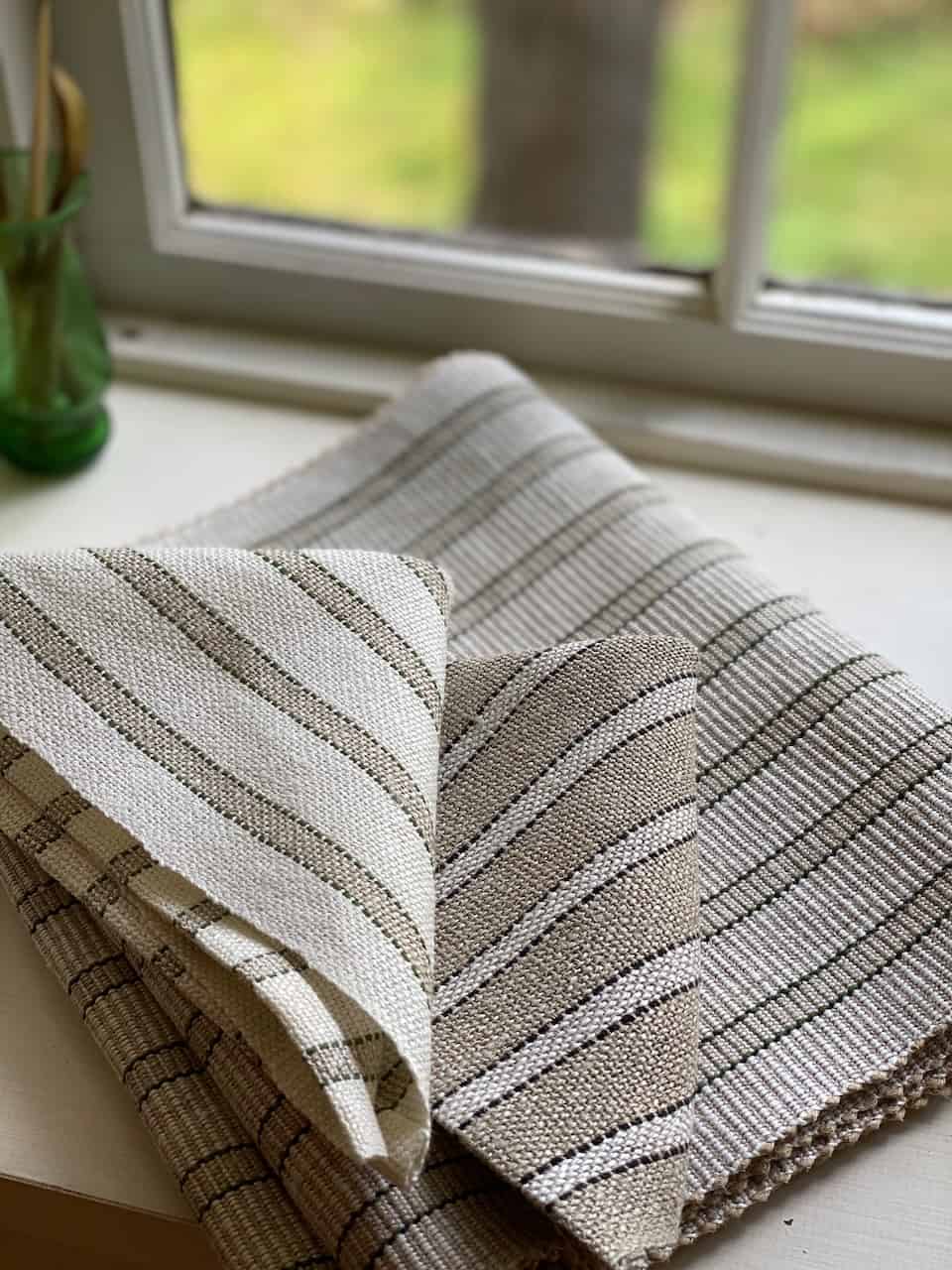 Napkins and rep runner in 30/3 Linen from Henry’s Attic.

And here are some tips from the experts with the caveat “not to bleed until your shot” to quote Amy Somerstein, fab weaver and hilarious student. While knowing about your fiber, listening when it “talks” and having some tips and tricks up your sleeve is always a good idea, don’t pull out the hacks, tips, etc until/unless you need them. 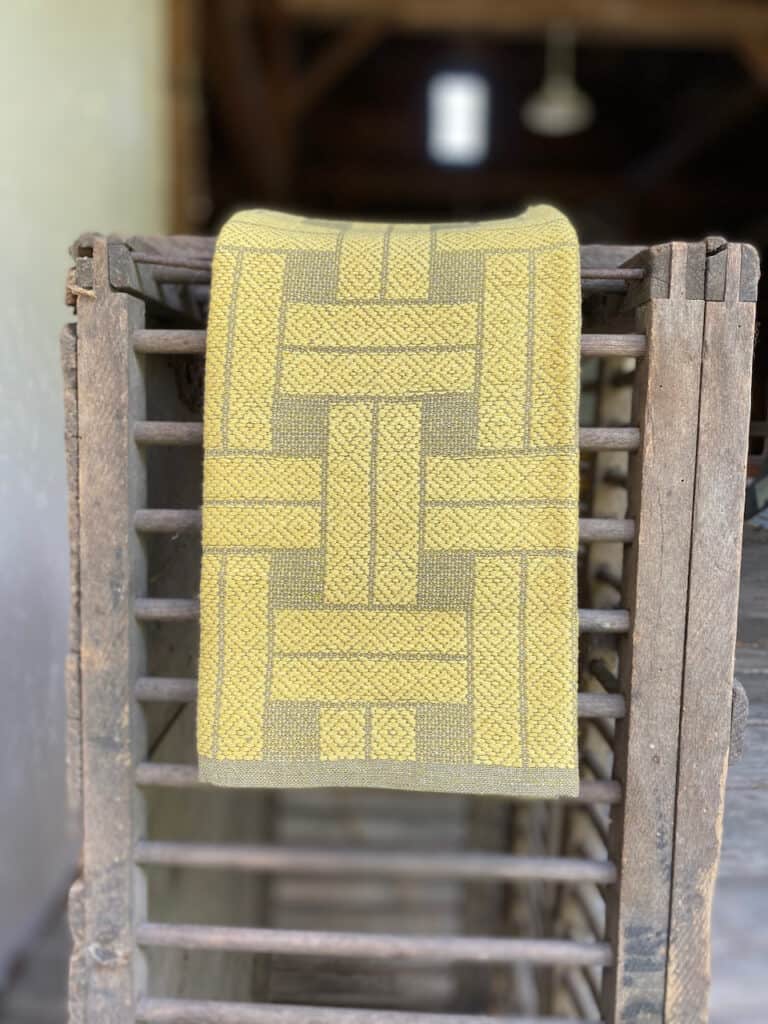 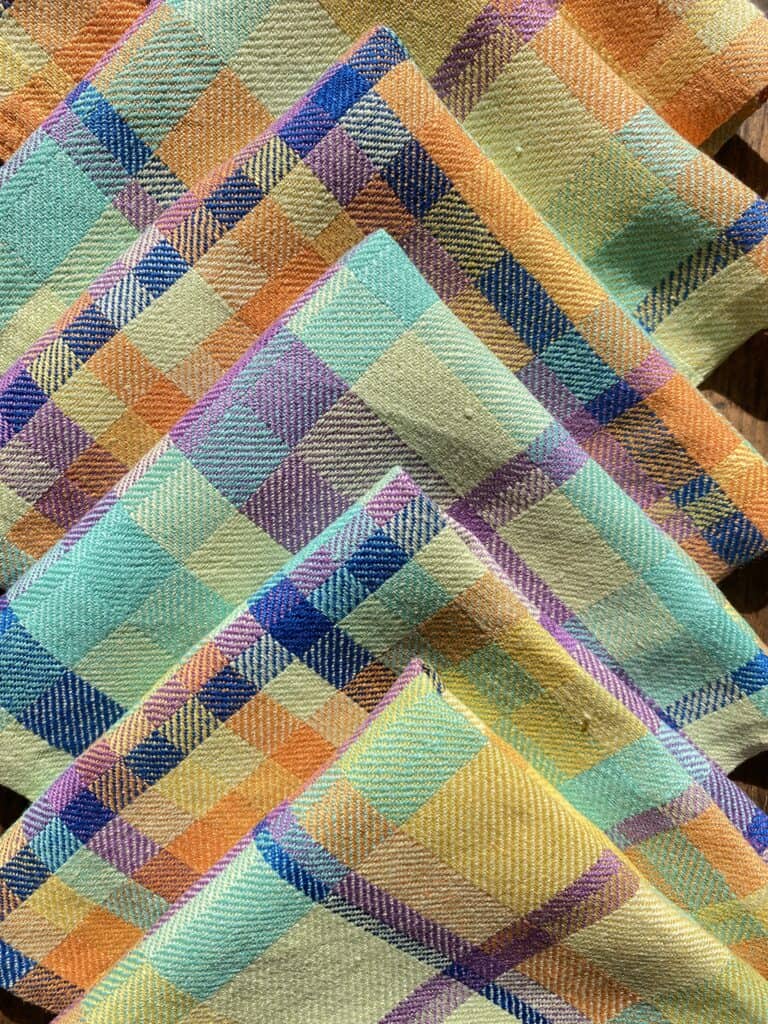 Ellie’s Napkins designed and woven by Véronique Perrot in 30/2 linen from Lofty Fiber. 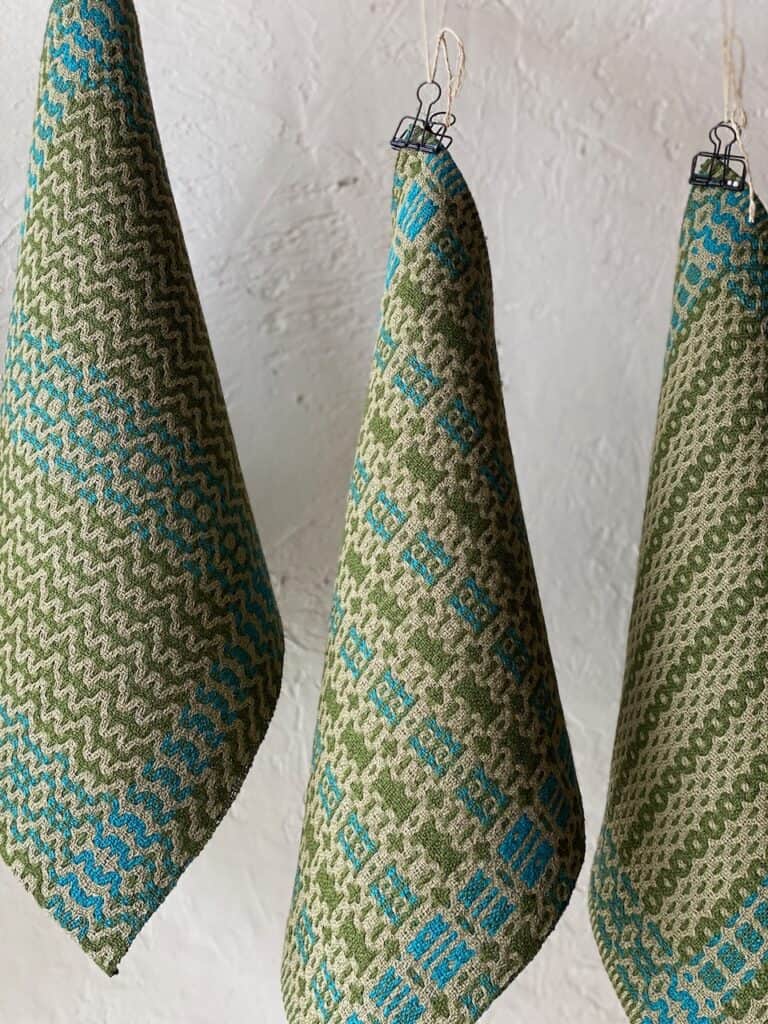 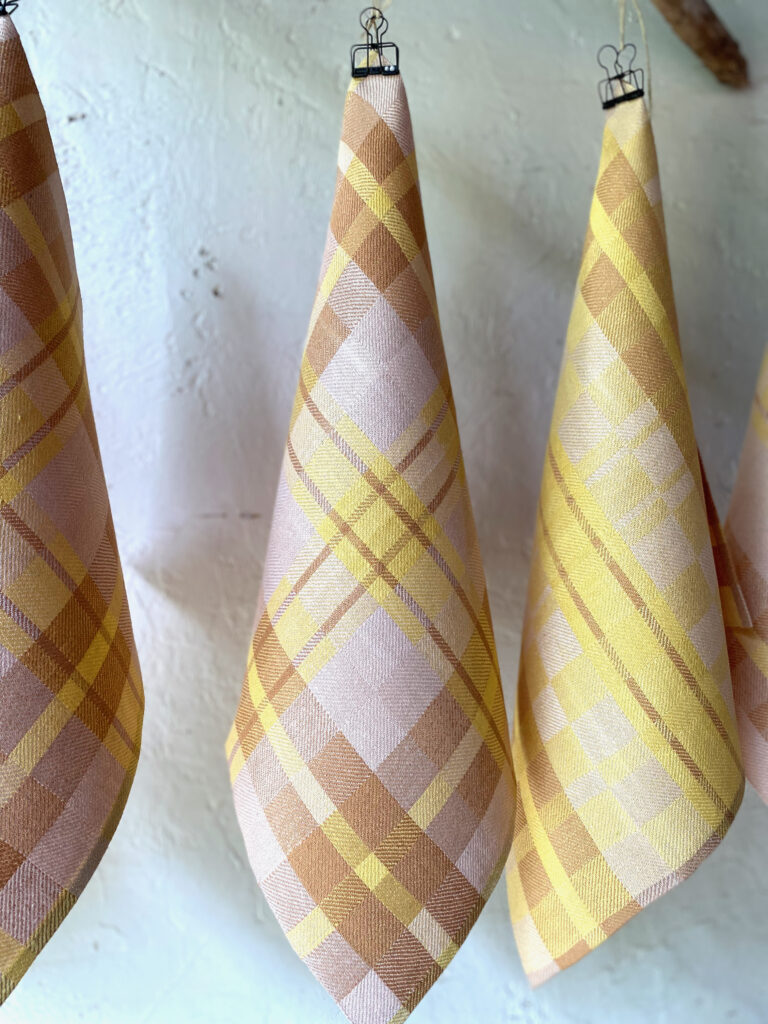 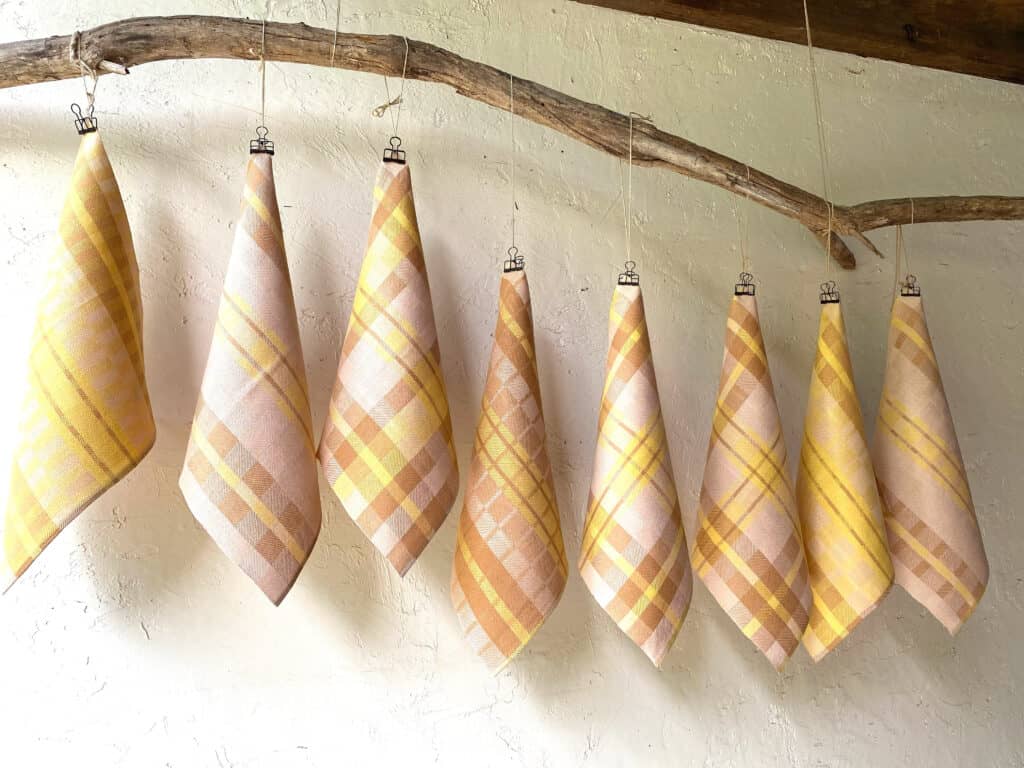