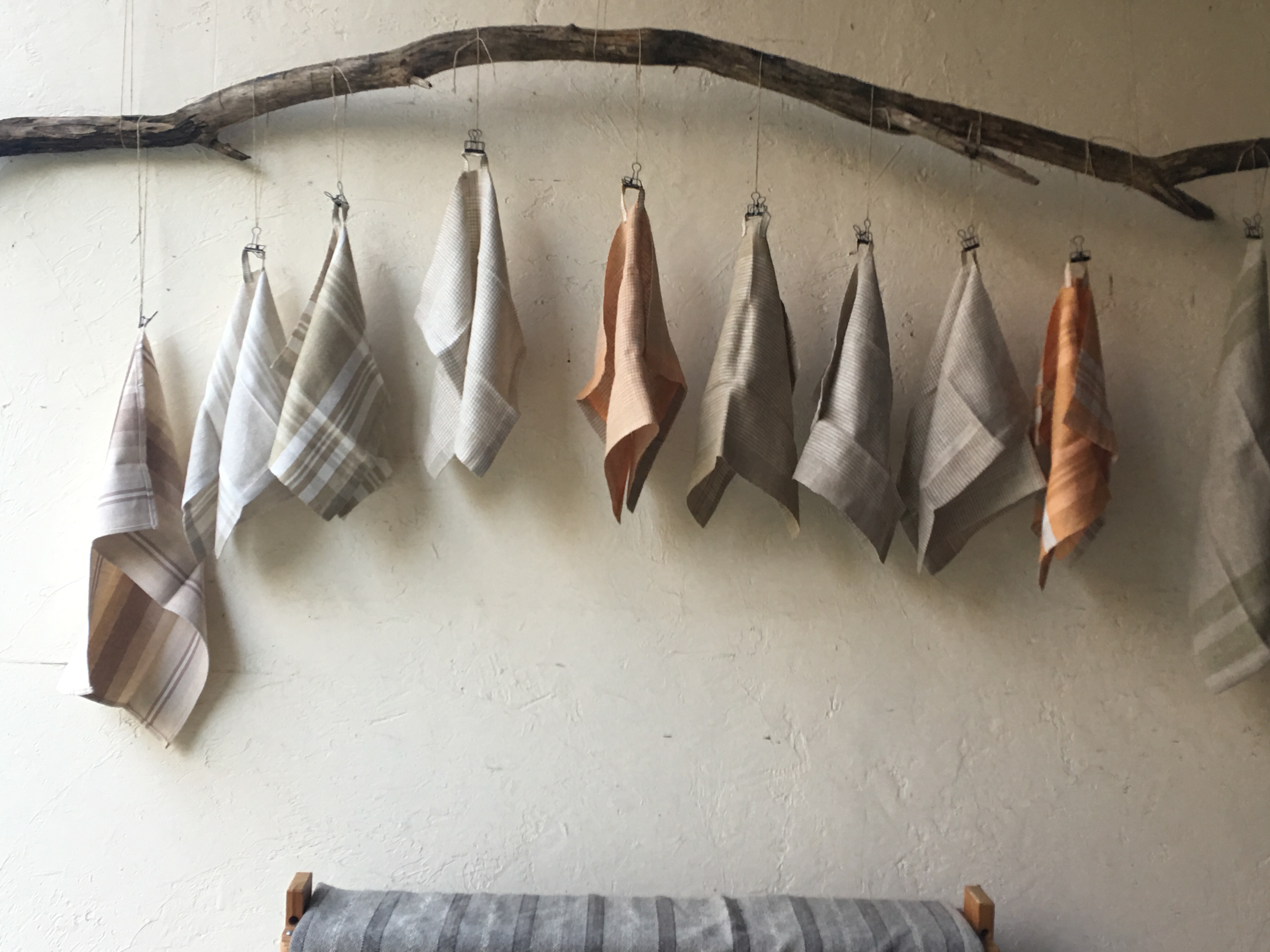 I recently participated in the Working Weavers Studio Trail.  I was surprised and pleased that we had a very busy weekend with a non-stop stream of visitors.  The majority, I believe were fellow weavers.  I really enjoyed the opportunity to set up a display of my work and “talk shop” with weavers from near and far.  One conversation I had, however,  was a little disconcerting. I quickly forgot, having to prep for a class I was scheduled to teach in Canada (side note: fabulous, fabulous Huronia Weavers Guild!).  The conversation came back when I returned from Canada, and had a conversation with another local weavers who repeated the disconcerting sentiment, having apparently spoken to the first weaver about me.  So, the theme of the message was that, “I wasn’t a towel weaver.”  I was too confused the first time to respond, but after it was repeated to me, I wanted to try to understand what was meant. My response upon hearing it a second time was, “What do you mean? I’m a weaver.” I don’t only weave towels, but I do weave towels, and the whole thing brought up an idea that irks me when I encounter it in my weaving community. That is the impulse to restrict and narrow weaving and to try to impose “a way” when one of the most wonderful aspects of weaving is that there are myriad “ways” in which to be a weaver. My impulse, and I believe our duty as modern hand weavers is to open and broaden the “conversation”, not try to restrict and narrow it in any way. 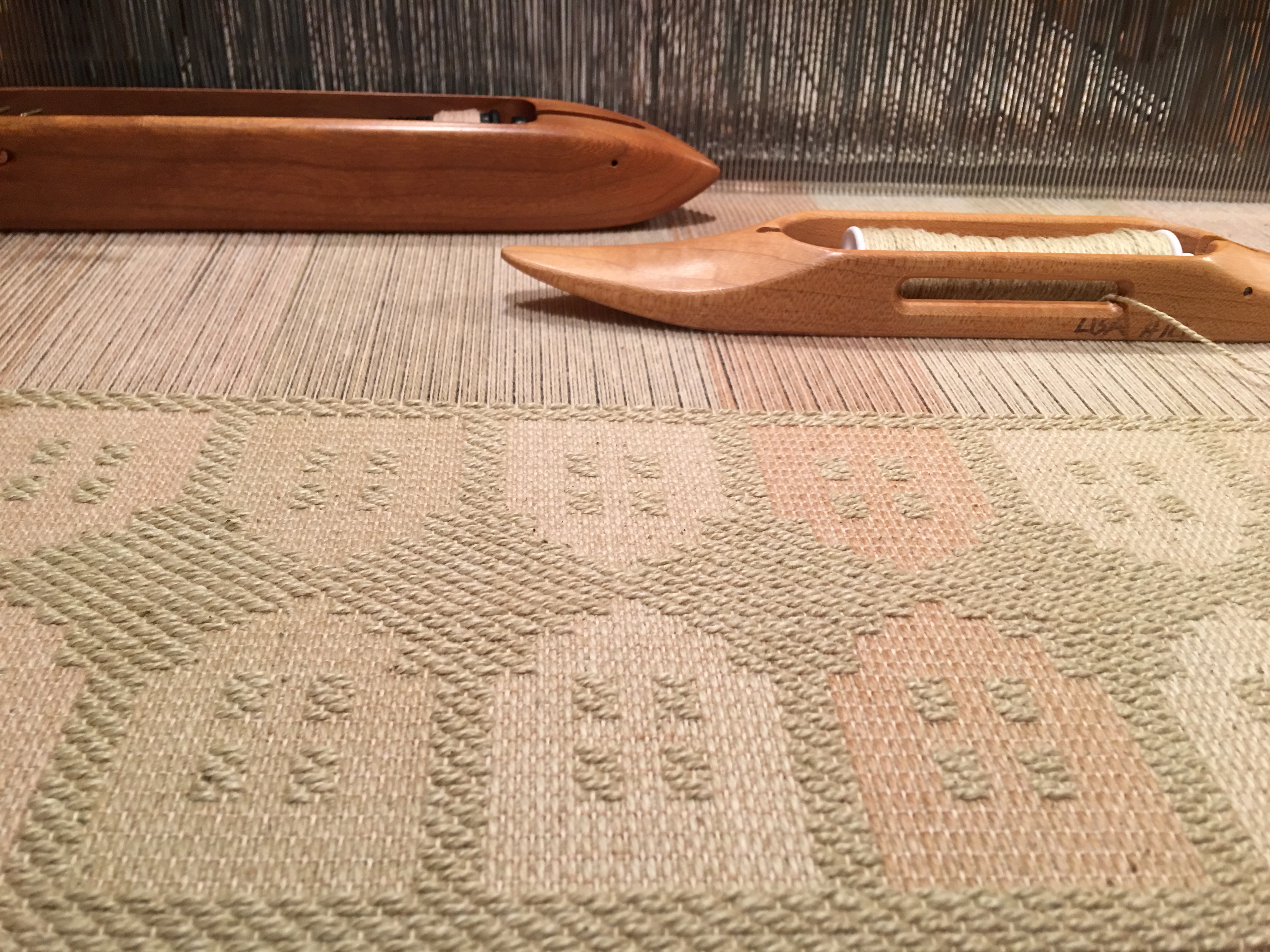 This brought up something my son said a few years ago while he was in art school.  He said that while an artist/craftsperson must have a strong internal vision/aesthetic, you must also recognize that you are part of a conversation. The conversation is multi-faceted. You are in “conversation” with your materials, your tools, your peers, your predecessors and the swirl of  image, color, style that inspire and influence you daily.  And just like regular conversation you have to listen, absorb and then speak your mind.  Your experience and knowledge makes you a more interesting conversationalist, and having an open and inquiring mind keeps the conversation lively. 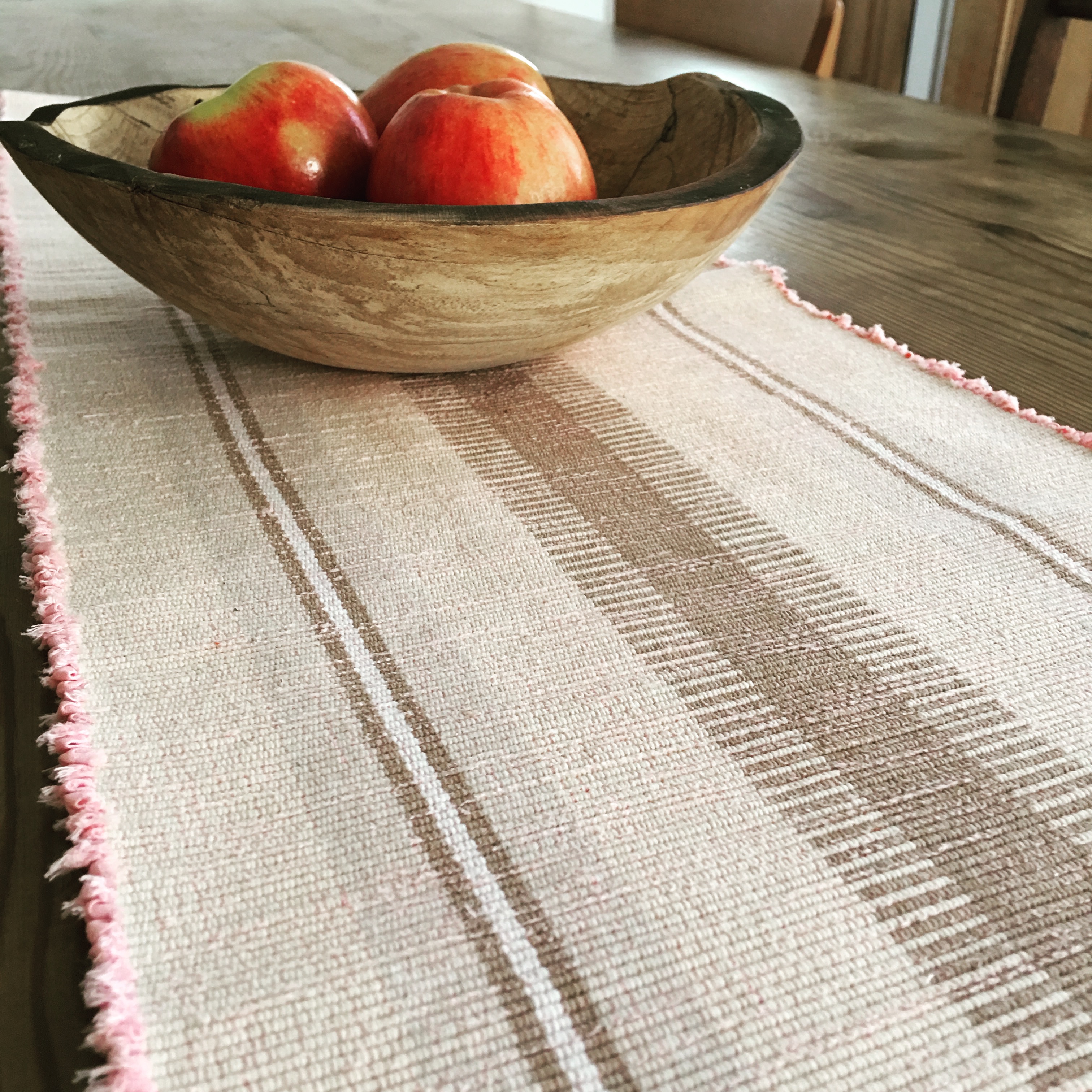 This idea reverberated in my mind when I was told that I wasn’t a “towel weaver”. I think I am simply “a weaver”. I weave to explore structure and technique, I weave because an irresistible yarn talks to me, I weave because making and using handwoven items gives me great pleasure, and I weave because I can’t imagine not weaving.  And I believe that whether you weave tapestry, rugs, scarves, blankets, yardage or simply weave to weave you are a weaver.  If you choose to self identify as a  “rug weaver”, “tapestry weaver”, “production weaver” or “towel weaver”  . . .  absolutely your choice. Open up the conversation folks – don’t impose artificial boundaries on a craft that spans continents, millennia and pretty much every culture. And finally and more importantly, don’t let yourself be boxed in – you are the one putting weft to warp in any style you choose.  The two criteria for weaving cloth as far as I’m concerned is that it hold together (if you want it to) and that it be beautiful (if you want it to be) – everything else is up for grabs. 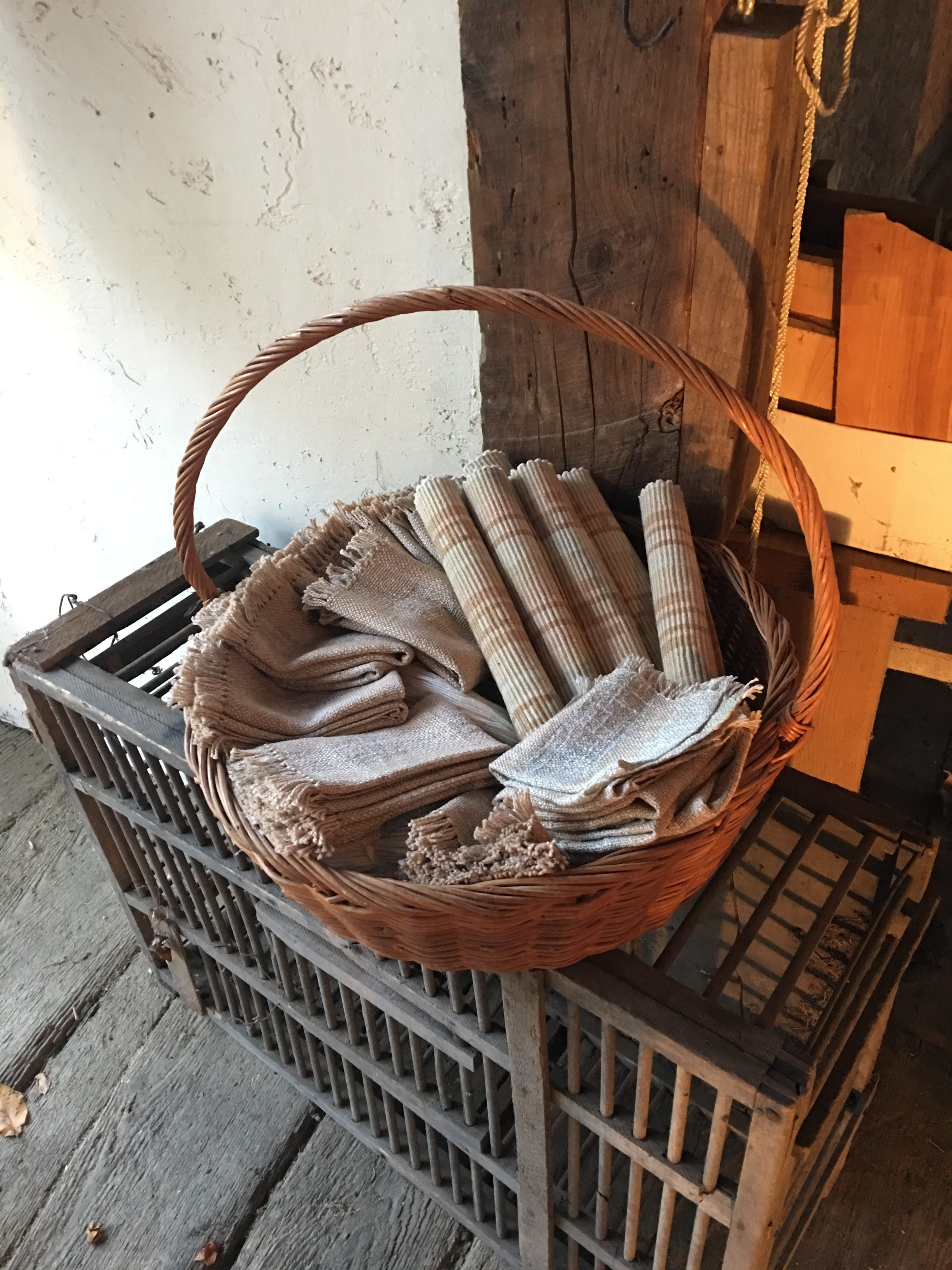 I wrote the above just before taking a class with Suzi Ballenger on “Loom Hacks”, specifically using the rail reed/open-top reed/fan reed and shaped beater to modify your loom. The class was illuminating in many ways that coincided with my blog post, and Suzi’s attitude was inspiring.  She not only defies “the grid”, she seems to see any imposition of boundaries in weaving as a personal challenge.  I have been a long time fan of defying the grid structurally, but it was eye-opening to see all the ways weavers have conspired to override the restrictions of the loom beyond structure. Suzi made the point that many of these “innovations” aren’t really new. Weavers have always been problem solvers, and solving the problem of the limitations of the loom or grid has been part of weaving forever, whether it be pick-up, hand manipulation, space-age polymers, or loom hacks. 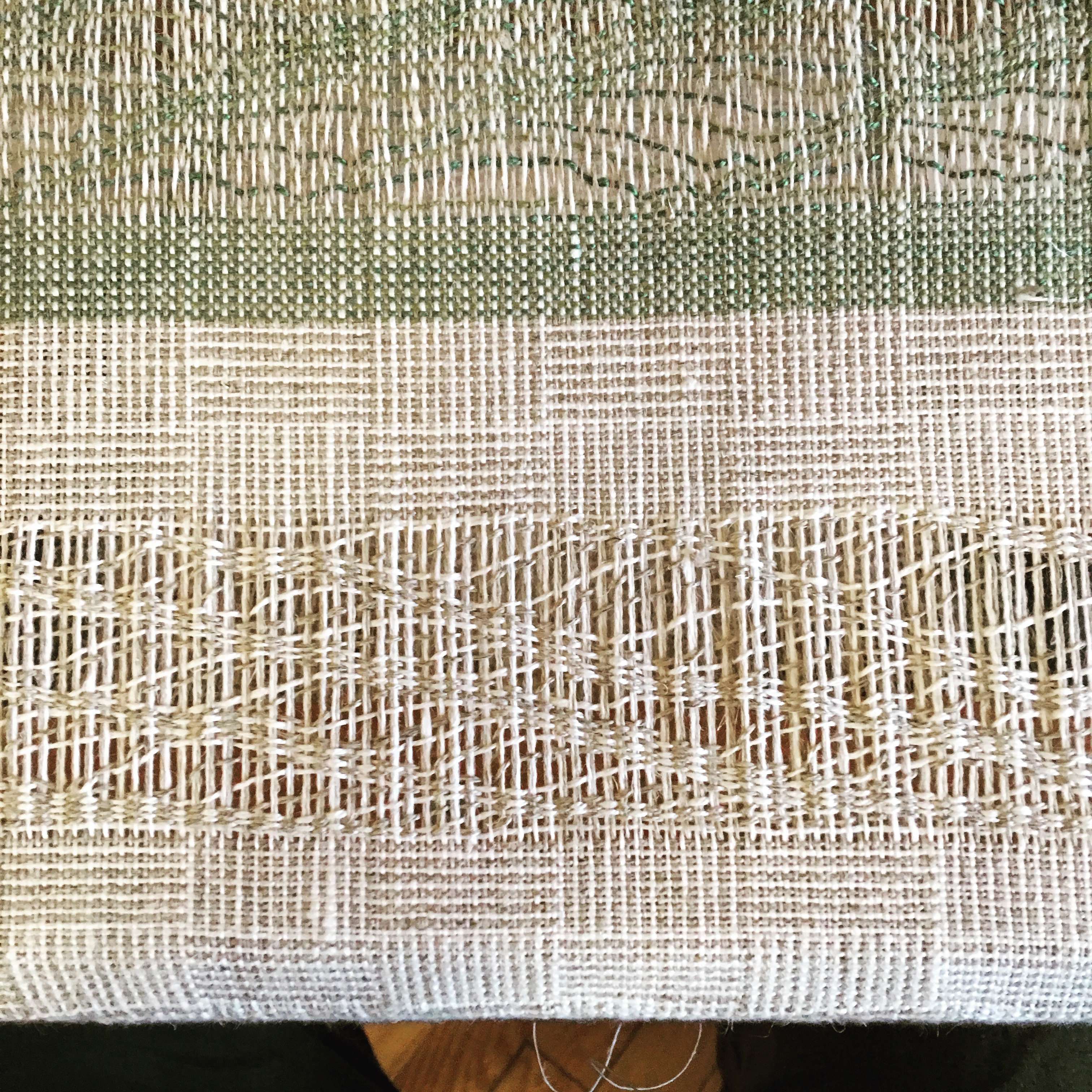 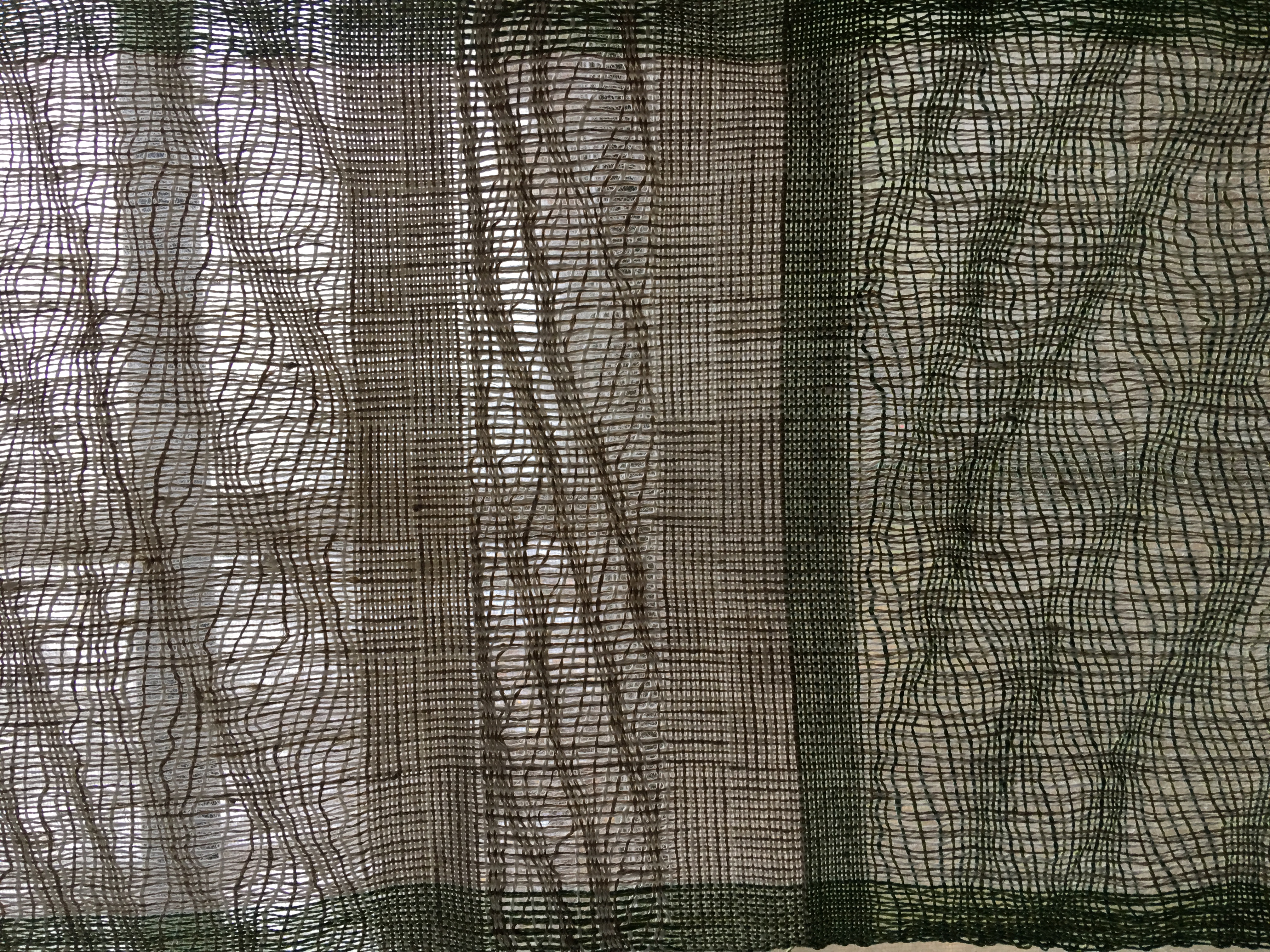 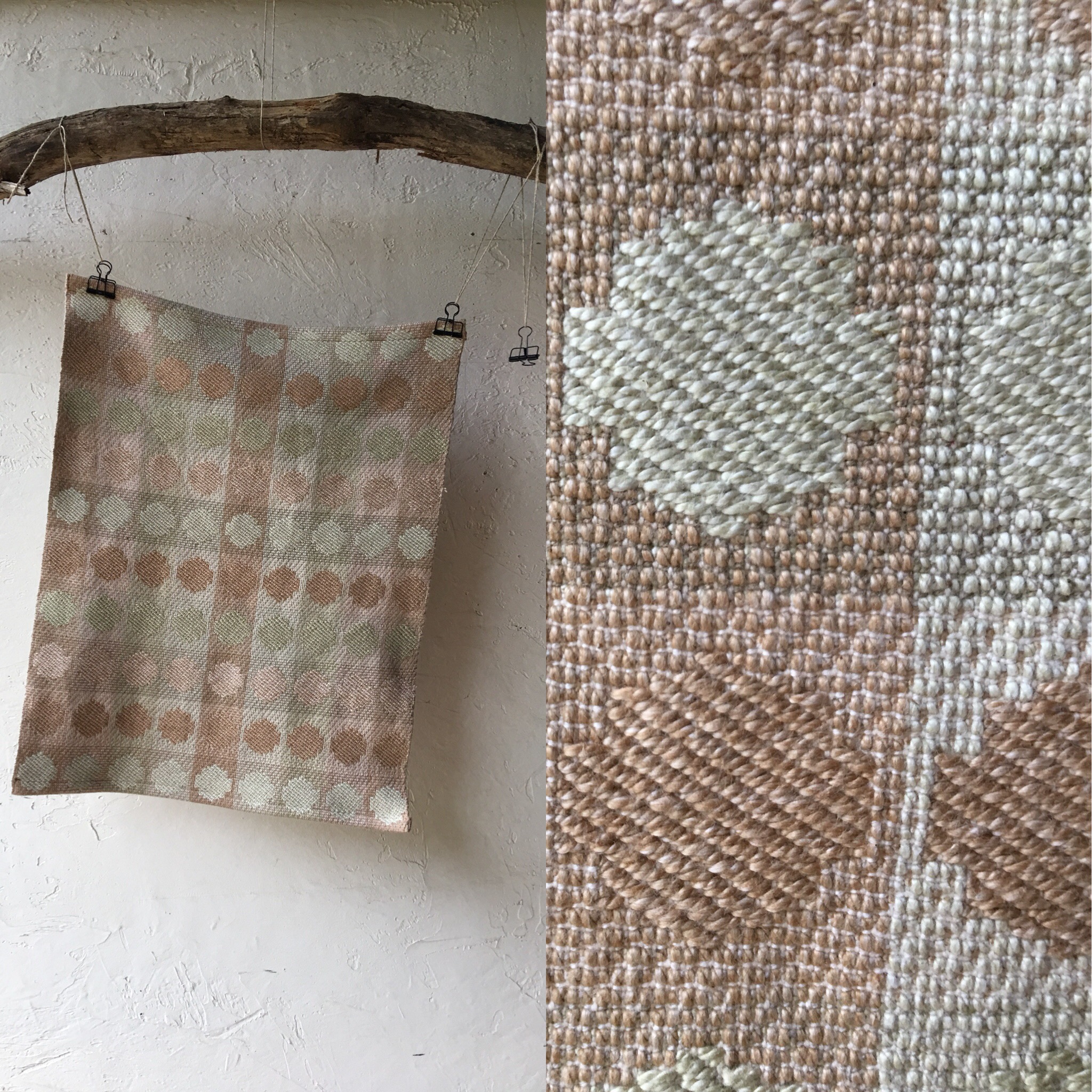 So the title of this post may be Cloth Conversations, but it could well be Breaking Boundaries, Cracking Categories, or Defying Definitions. In any case, the message to myself and anyone interested is that the limitations in weaving are often self imposed, and trying to break out of the limits/constraints of one’s own imagination is hard enough without having limitations/boundaries/categories imposed on you from outside.