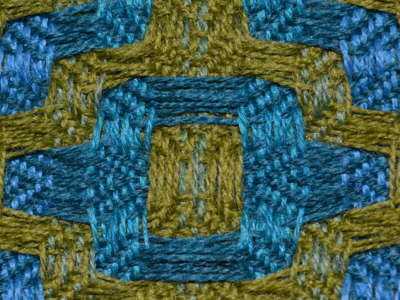 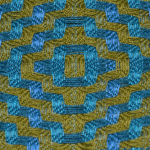 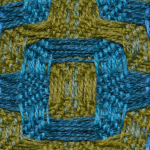 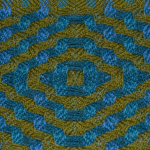 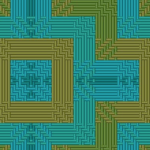 While messing around with deflected double weave on Weavemaker I decided to try to draft a project in which the woven blocks are woven in 2/2 twill instead of plain weave. This is my first experiment (unwashed on top – washed on bottom).
I am using 2/20 wool, slightly dim-bulb-y idea because the fineness of the yarn makes the twill lines harder to see, but I think I like it. The trick is to make sure that the twill progression isn’t interrupted from one woven block to the next. This has to happen vertically and horizontally. I think you could do this in the threading fairly easily, but I worked it out in the tie-up. If you look at the pink arrows you will see the float areas between two twill blocks. If you look at the twill lines in the blocks you will see that when the threads move into the float areas the twill progression will proceed unbroken. Can you see that? Well, even if it isn’t completely apparent in the woven cloth . . . it looks great in the draft:))
I am going to tie on a tencel or bamboo warp next to see if the twill lines are more clear in a slicker, less energized yarn.
Previous Next